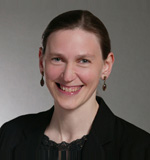 Willa Henigman performs as Associate Principal Oboe with the Dallas Symphony Orchestra. Prior to this she was Principal Oboe of the Wichita Symphony Orchestra and served on the faculty of Wichita State University, recording two CD’s with WSU’s Lieurance Woodwind Quintet. An active chamber musician, she has appeared on concert series at the Dallas Museum of Art and Nasher Sculpture Center and also with Voices of Change. She is a member of the Dallas Symphony Woodwind Quintet for their “Symphony YES” public school outreach program.

Ms. Henigman received undergraduate degrees in Oboe and English from Oberlin College Conservatory and a Master’s degree from The Juilliard School. She won concerto competitions at both schools and received fellowships to the Norfolk, Tanglewood, National Repertory Orchestra, Blossom and Bach Aria festivals. She was invited to the Monadnock Music festival in New Hampshire for twenty seasons. She has substituted with the Metropolitan Opera Orchestra, New York Philharmonic and the Boston Symphony Orchestra at Tanglewood. In 1994 she participated in the Solti Orchestral Project at Carnegie Hall, and in July 1999 she performed with The 3 Tenors and James Levine.

Regarding her experiences growing up on Long Island and as a member of the Long Island Youth Orchestra, Willa Henigman has the following reflections:

“My school district in Long Beach didn’t have a string program, so LIYO was my first experience performing with a full orchestra. A decade later, at my first rehearsal with the Wichita Symphony, the flutist commented that I seemed very relaxed performing Shostakovich Fifth Symphony. I told her it was because I’d played it with my high school youth orchestra! I am still rediscovering pieces introduced to me by Martin Dreiwitz, and I thank LIYO for giving me lots of principal oboe experience at an early age.”