In the profiles below, you’ll see that the LIYO experience fostered a life-long passion for music and performance, even for those choosing other professional paths.   For most of these musicians, the Long Island Youth Orchestra was their first experience with full symphonic repertoire.

That experience made them seek out orchestral opportunities throughout their lives. Today these five LIYO alumni are still together as members of the Pioneer Valley Symphony Orchestra, located in western Massachusetts. 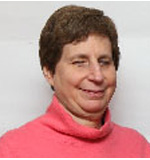 Myra Ross, then Myra Rosenberg, was in LIYO in 1969-70. I grew up in Levittown and relished the Sunday morning drives to Mineola High School with my friends Jim Kendrick and Marilyn Reynolds, with whom I shared the first stand in the 2nd violin section. LIYO was the first good orchestra I played in. We performed Mahler’s 1st, Schumann’s 3rd, Hindemith’s Mathis der Maler… I remember when one of Erick Friedman’s strings broke in the last movement of the Mozart A Major Violin Concerto. He just switched fiddles with LIYO’s concertmaster Jerry Elias and kept on going.

I switched my focus after earning a BA in music (voice) at the University of Rochester. I have three adult children and currently am a high school guidance counselor specializing in college admissions. Amherst, Massachusetts has been my home for 35 years. I had a few roles with Commonwealth Opera in the ‘80s and have been a violist and violinist in the Pioneer Valley Symphony since 1981. Although a professional performing career was never in the cards for me, my experience in the LIYO inspired me to continue to find outstanding amateur ensembles to play with, like the PVS, which gives five to seven concerts per year. 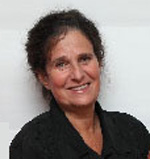 Wendy Foxmyn graduated from Jericho High School in 1972 and played second violin with LIYO for several years. She joined the 1971 LIYO summer tour and had a wonderful time during that 3-week whirlwind trip with 8 concerts, a recording session, and rehearsals while visiting several countries. She attended Indian Hill Arts Academy (a summer arts camp in Stockbridge, MA) from 1967 – 1970, as did several other LIYO’ers. The violin has remained constant in Wendy’s life, as she has performed with local musical theatre and opera groups, chamber ensembles, klezmer bands, and symphony orchestras. She has played with the Pioneer Valley Symphony for over 30 years. She works (“keep the day job”) as a government and non-profit manage 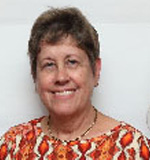 Pamela Skinner, A 1971 Manhasset High School graduate, Pamela Skinner played viola with the LIYO during her senior year. She drove bassist Joe Russo to rehearsals, since she had a driver’s license already, plus her dad owned a Volkswagen Variant with sufficient capacity for a string bass. She, too, traveled on the first-ever LIYO summer tour (1971), staying with host families in England and Germany and in hostels in the Netherlands and Denmark. While attending Wells College, she was the only violist on campus, which meant many opportunities to participate in a host of chamber music performances. After receiving her M.L.S. degree from Columbia University, Pamela embarked on a career as a librarian, most recently as head of collection development for the Smith College Libraries. She’s thrilled to have landed in a place that’s home to the country’s oldest continuously-running community orchestra, the Pioneer Valley Symphony. A member of the PVSO for 28 years, she enjoys the challenging repertoire and adventurous programming, as well as the orchestra’s dedication to educational outreach. 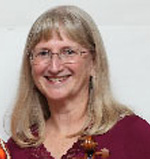 Diana (Mann) Peelle, grew up in Port Washington and joined the LIYO part way through her junior year. Told to take an empty seat in the 1st violins (next to Robert Fortunato) at her first rehearsal, she was terrified about the audition to come. But at the end of rehearsal, Mr. Dreiwitz said she could just stay there and canceled the audition. Although suffering ever afterwards from imposter syndrome, she was thrilled to have the opportunity to play great orchestral repertoire with such fine musicians. Standout memories include Schumann Symphony No. 3, Mahler Symphony No. 1 1, Virgil Thomson’s Suite from the Louisiana Story, and reading through the Adagio for Strings during a rehearsal break.

After graduating from the Indiana U. School of Music, Diana moved to Amherst, MA, got a M.Ed. from UMass, and started teaching Suzuki violin. Forty years later, she still loves teaching as well as playing in various local groups, particularly the Pioneer Valley Symphony, which she joined in 1975. Her husband sings in the PVS chorus. Both sons are violinists; one is Development Director at the Northwestern U. School of Music (his alma mater), and the other is a Suzuki teacher colleague who also plays in the PVS. 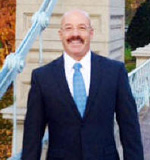 Mark Mason, The years I spent as a member of the LIYO have led me to realize the power of music – particularly across cultural divides. I graduated from Wheatley High School in 1976. During the 1970s, I performed in the LIYO’s First and Second Violin Sections. As a result of concert tours in Europe, Africa and Asia, I developed a healthy wanderlust. I went onto Columbia University where my passion for foreign lands led me to a year studying psychology in Paris and a summer studying German in Salzburg.

With my violin always at my side, I went onto Boston University School of Law. I settled in Western Massachusetts and became active in community and bar activities. In 2006-2007, I was proud to serve as President of the Massachusetts Bar Association. In 2009, Governor Deval Patrick appointed me to a position as an Associate Justice of the Springfield District Court.  Recently, I was appointed to a position as an Associate Justice of the Massachusetts Superior Court. Throughout my life’s journey, I have continued to perform the repertoire I began as a member of the LIYO. Since 1992, I have performed with the Pioneer Valley Symphony alongside a number of other LIYO alumni.

As an LIYO alumnus, I share a sense of pride in my LIYO heritage as well as gratitude for the extraordinary opportunities I have been privileged to enjoy. I have been fortunate to achieve many of my life’s dreams. And yet, I always come home to my violin. The same violin my parents gave me for my Bar Mizvah. The same violin which played Beethoven in Jericho, Tchaikovsky in Manila, and Berlioz in Nairobi.

Thank you LIYO and thank you, most especially, Maestro Dreiwitz, for all you have done to shape my life along with the lives of countless young musicians.