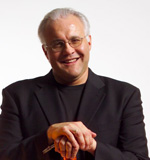 Introduced to the bassoon in the Massapequa, LI public schools, Frank Morelli was a member of the LIYO from 1967 to 1969. He was part of the first “road trip” to Hartt College and Chicopee, Massachusetts, and the first tour abroad. He also participated in many holiday alumni concerts, including as a few soloist. He studied with Stephen Maxym at the Manhattan School of Music and later became the first bassoonist to be awarded a doctorate by the Juilliard School. He has made nine appearances as soloist in New York’s Carnegie Hall playing concertos, sinfonias concertantes, and even a solo ballad with the Carnegie Hall Jazz Band.

Morelli’s recent CD, Romance and Caprice, with pianist Gilbert Kalish, followed two previous solo CDs on MSR Classics: Bassoon Brasileiro with the Orpheus Chamber Orchestra and guitarist Ben Verdery and Baroque Fireworks, which features harpsichordist Kenneth Cooper. The magazine, Gramophone proclaimed “Morelli’s playing is a joy to behold.” The American Record Guide stated: “the bassoon playing on this recording is a good as it gets.” Once again collaborating with Gilbert Kalish, Morelli is about to release a new CD of 20th century masterworks for the bassoon. Of his DG recording of the Mozart Bassoon Concerto with Orpheus Fanfare Magazine added that this recording “reset a reviewer’s standards at too high a level for comfort in a world more productive of ordinary music making.”  The Orpheus CD “Shadow Dances,” which features Frank Morelli, won a 2001 Grammy Award.

A prolific chamber musician, Frank Morelli has appeared with the Chamber Music Society of Lincoln Center on numerous occasions, including at the Whitehouse for the final State Dinner of the Clinton Presidency. He has participated in many major music festivals, including Yale’s own Norfolk Chamber Music Festival, and Marlboro, Banff and Music@Menlo. He is a member of Festival Chamber Music and the woodwind quintet, Windscape, in residence at the Manhattan School of Music with whom he has recorded two recent CDs, one featuring the music of Antonin Dvorak and the other music of Maurice Ravel (which includes his transcriptions of “Mother Goose” and “Valses nobles et senimentales”).

Chosen to succeed his teacher, Stephen Maxym, Mr. Morelli serves on the faculties of the Juilliard School, the Yale University and Manhattan Schools of Music, and SUNY Stony Brook. He has recently been appointed to the faculty of the Glenn Gould School of the Royal Conservatory in Toronto. Morelli’s students are active in major orchestras and on important faculties throughout the USA, Canada, Mexico, the Far East, and Europe. He is editor of Stravinsky: Difficult Passages for Bassoon, a landmark excerpt book for bassoon and contra bassoon published by Boosey & Hawkes, and has several transcriptions for bassoon and woodwind quintet to his credit, published by Trevco Music. His popular website, www.morellibassoon.com, was designed and built by his then fourteen year old son, Anthony, who recently graduated from MIT.”