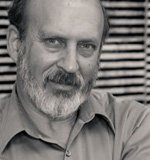 My budding career in organized baseball ended in a blaze of glory in the mid-1960s as the first baseman on Westbury’s division-winning Dowling Chrysler Little League team. Who would have guessed that at the same time a door into a life of classical music was about to open when I joined the Long Island Youth Orchestra?

Fast-forward through five years of Oberlin and Yale, thirteen with the Boston Symphony (with whom I still perform at Tanglewood), twenty-three more as associate concertmaster of the Utah Symphony, and here we are. Along the way I have been music director of Salt Lake City’s Vivaldi by Candlelight chamber orchestra series for twelve years, guest conducted the national symphonies of Peru and Ecuador, was first violin of the Abramyan String Quartet for ten years, have been on the faculty of the University of Utah School of Music since 1989, had my compositions performed by major orchestras, and performed on every continent except Africa and Antarctica.

I credit much of my musical wanderlust to Martin Dreiwitz and LIYO, having been concertmaster of the orchestra on their first international tours to the Caribbean, Europe, Polynesia, Australia, New Zealand, and Asia, and even on the “warm-up” tours to such exotic destinations as Chicopee, Massachusetts, and Hershey, Pennsylvania. In addition to providing me with many lasting memories (some hilarious, some unrepeatable), my experience with the orchestra also provided an invaluable entrée to many of the immortal standards like the Berlioz “Symphonie Fantastique” and Mahler First.

As you can imagine, after a lifetime in music I’ve accumulated some pretty juicy stories. That’s why, about five years ago, to complement my musical activities, I started writing murder mysteries that take place in the dark corners of the classical music world. So far there are four of them, “Devil’s Trill” being the first. My “hero,” Daniel Jacobus, is a blind, over-the-hill, curmudgeonly violin teacher. (A wisecracking critic once had the chutzpah to ask me if my character was autobiographical. Before I could respond, he exclaimed, “Of course not! You’re not blind.”) In the past few years, I’ve also branched out into a variety other subjects, everything from short fiction to essays on climate change. If you’re interested, please feel free to visit my website atwww.geraldelias.com.

Thanks. Now I’ve got to go practice.